Mon-O-Matic is a model of a manufacturing plant without a control centre. It is a prototype that represents the social modes of production. Mon-O-Matic is based on the research of the cognitive precariate's labour practices, which are characterized by the repetition of automatized motion as part of the human - machine relationship. The model is based on "infinite" multiplication of the manufacturing plant, including all of the entailed office equipment (a computer screen, a table, a chair, writing implements, a book, a computer mouse & keyboard, etc). 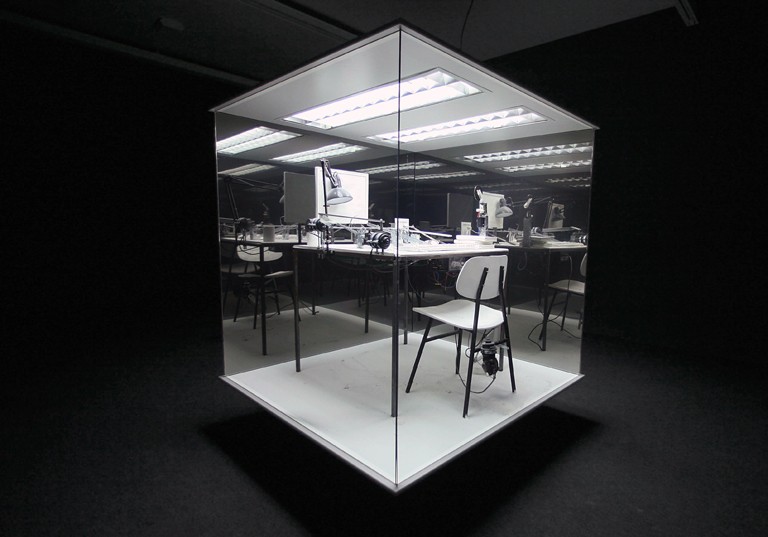 The precisely coordinated operation of all of the auxiliary levels mimics the principles of action within contemporary societies and the absurdity of the environment within which the communication capitalism is reproduced. The gradual self-destruction of individual work stations also represents the condition of permanent technical innovation within fordism and postfordism which demand a radical consumption of energy. 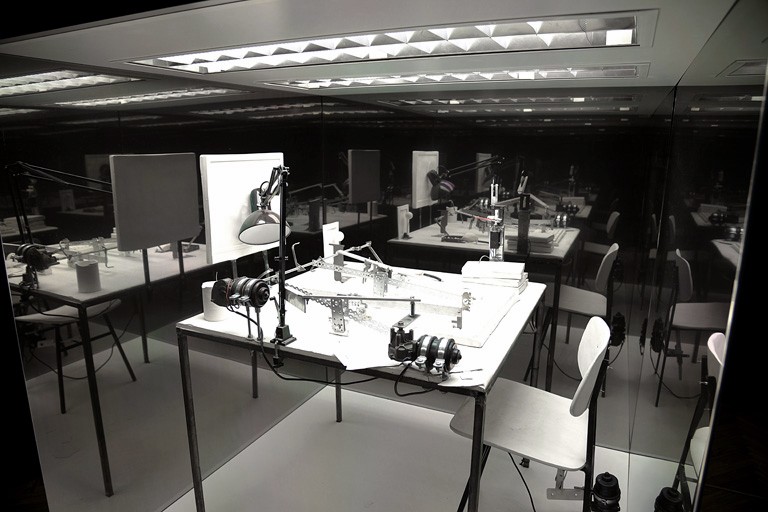 The machinery's sound, which is one of Mon-O-Matic's fundamental elements, is the result of programmed motion of technical prosthesis and metallic constructs, within which the cognitive precariate is entailed. Mon-O-Matic is thus a model that exposes the socio-technical system of mass consumerism as the principal factor of social construction of reality. 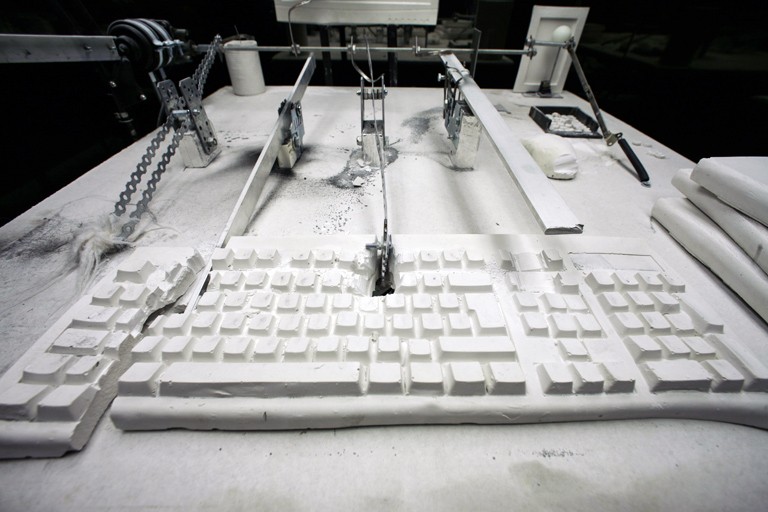 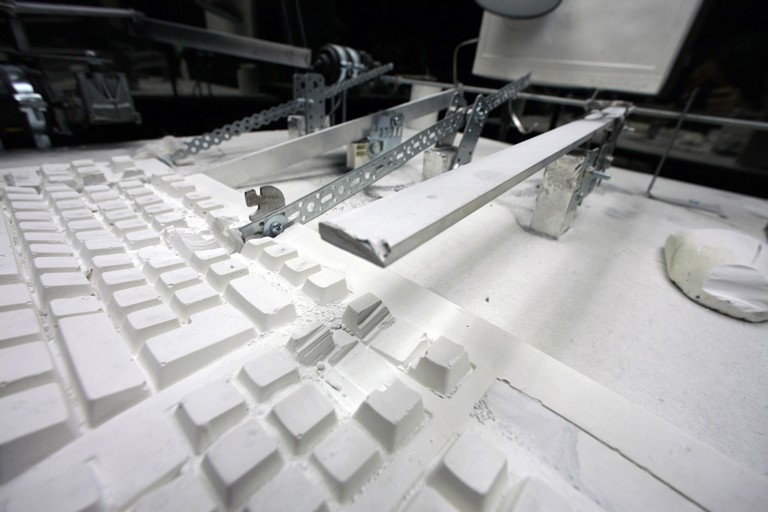 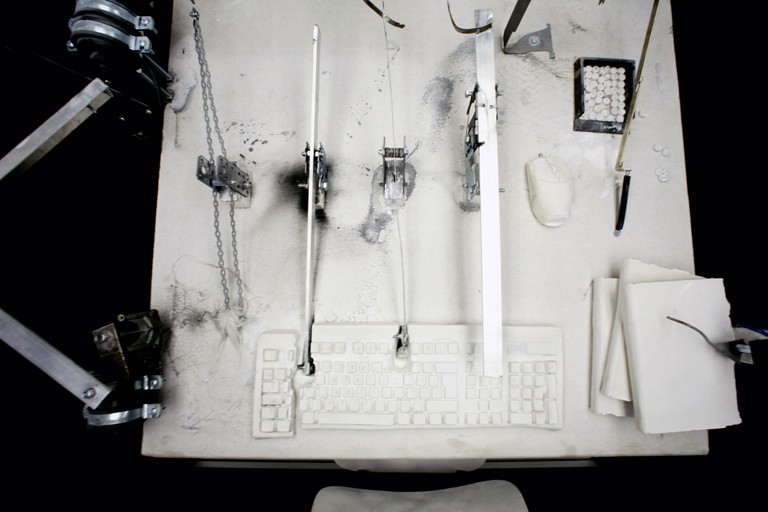 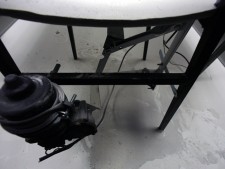 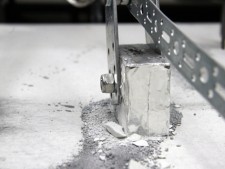 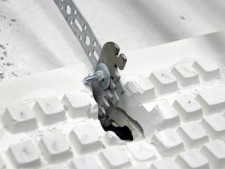 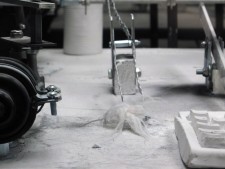 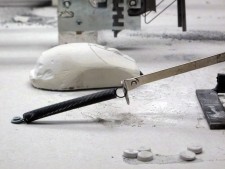 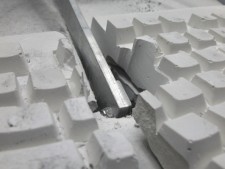